This article exists to help someone else fix their coffee machine, and save time. I spent 4 weekends trying to fix mine so I hope the web crawling spiders index these words and land you on this page if your coffee machine is leaking and struggling to maintain temperature, like mine was. TLDR: Check the thermal fuses and replace the seals. 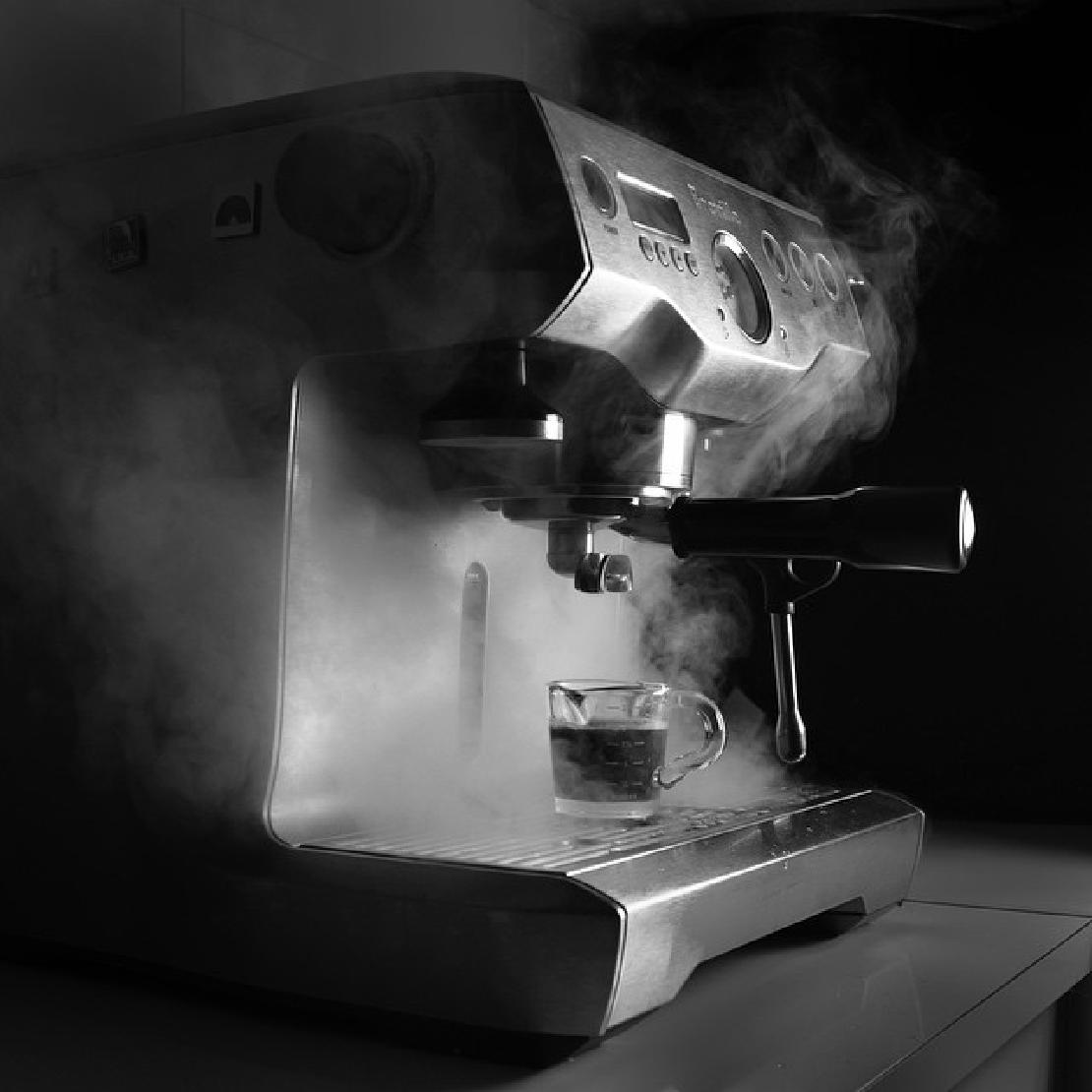 The drama that is my coffee machine

My coffee machine started to deposit water into the tool tray, it was weird. The tool tray is a container for cleaning implements and lives under the machine behind the drip tray. The machine had recently been serviced so at first I thought an overflow pipe had been put back in the wrong position, causing water to be ejected into the tool tray and not into the drop tray.

I inspected the underside to try and find the source of the water without luck. I gave up, and continued to use the tool tray as an extension to the drip tray, emptying it out about once every two weeks.

Then it got worse. One morning almost all of the water in the machine had been poured onto the kitchen floor, and the tool tray was overflowing. This leak could no longer be ignored, so I took the lid off the machine to investigate. 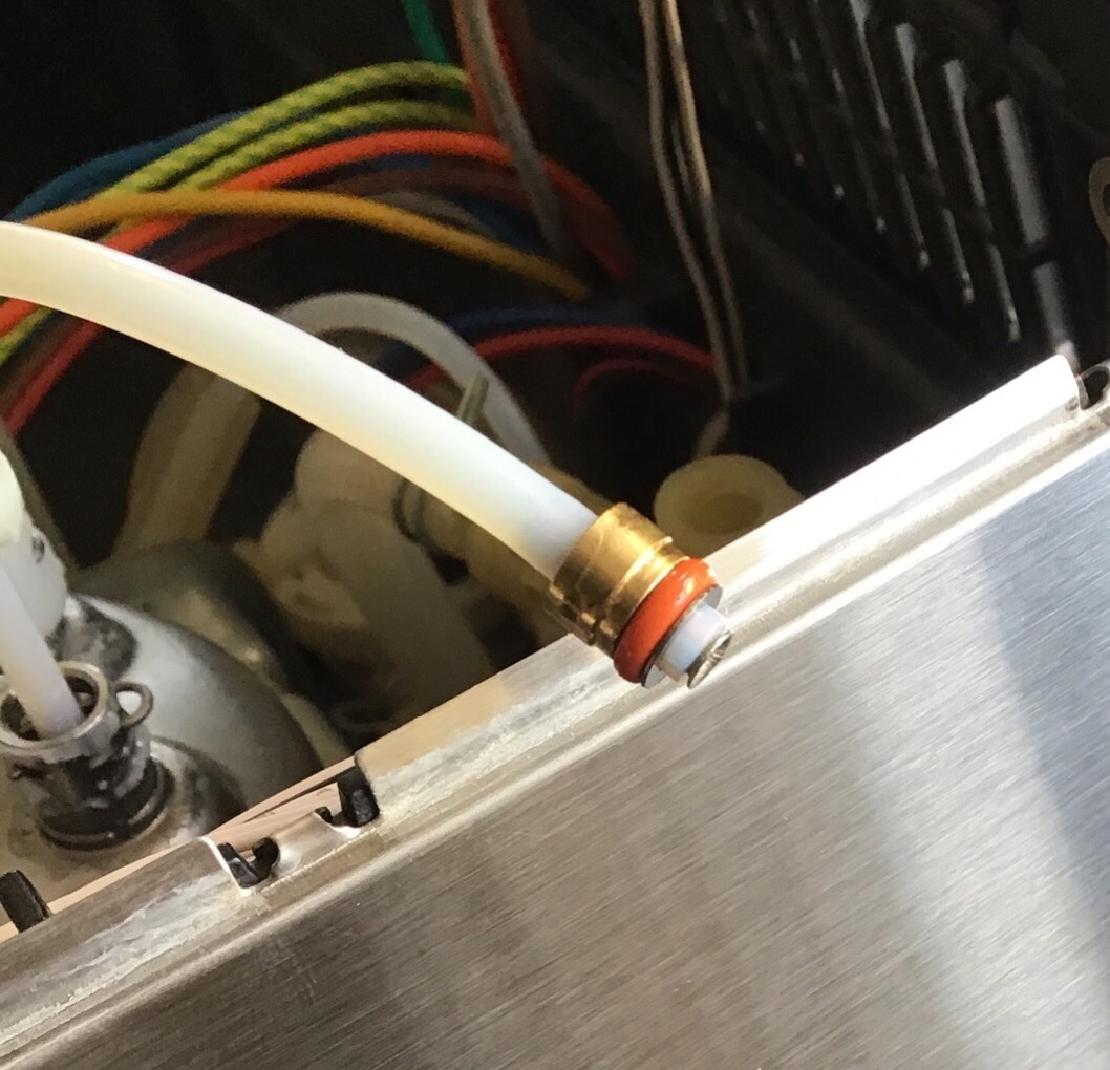 Old o-ring and the pipe it’s supposed to seal

I wish I’d done that sooner because the leak was obvious. As the machine heated up water ran out of the probes and sensors connected to the top of each boiler. Most of the little red o-rings were worn out, some even deformed and broken. The fix was easy, I ordered new o-rings from RS Electronics, they arrived the next day and I replaced as many as I could reach.

After mopping up the remaining water the machine and tool tray was now dry, no more leaks! But another problem arose.

The machine stopped heating up to the pre-set temperature (90 degrees c). It would heat to about 75 degrees and then stop, seemingly unable to get any warmer. This has baffled me for weeks during which time I cleaned and inspected almost every part in the machine but the mystery remains unsolved. I’ll post an update if I figure it out. Descaling the boilers

While trying to fix the heating issue I descaledthe boilers, thinking the elements might to covered in gunk to heat the water properly. To do this I mixed a solution of equal parts vinegar and water and poured it directly into the boilers, then rinse them with water after an hour.

I took the brew boiler out of the machine completely, turned it on it’s side and used ear buds to block any holes. This made it easy to pour the descaling solution into the boiler, and later water to flush everything out. Descaling the steam boiler was much harder because I wasn’t brave enough to remove it from the machine. Instead I inserted a rubbed pipe which allowed me to siphon out liquid, and used a pot plant watering can to pour descaling solution and water into the boiler. 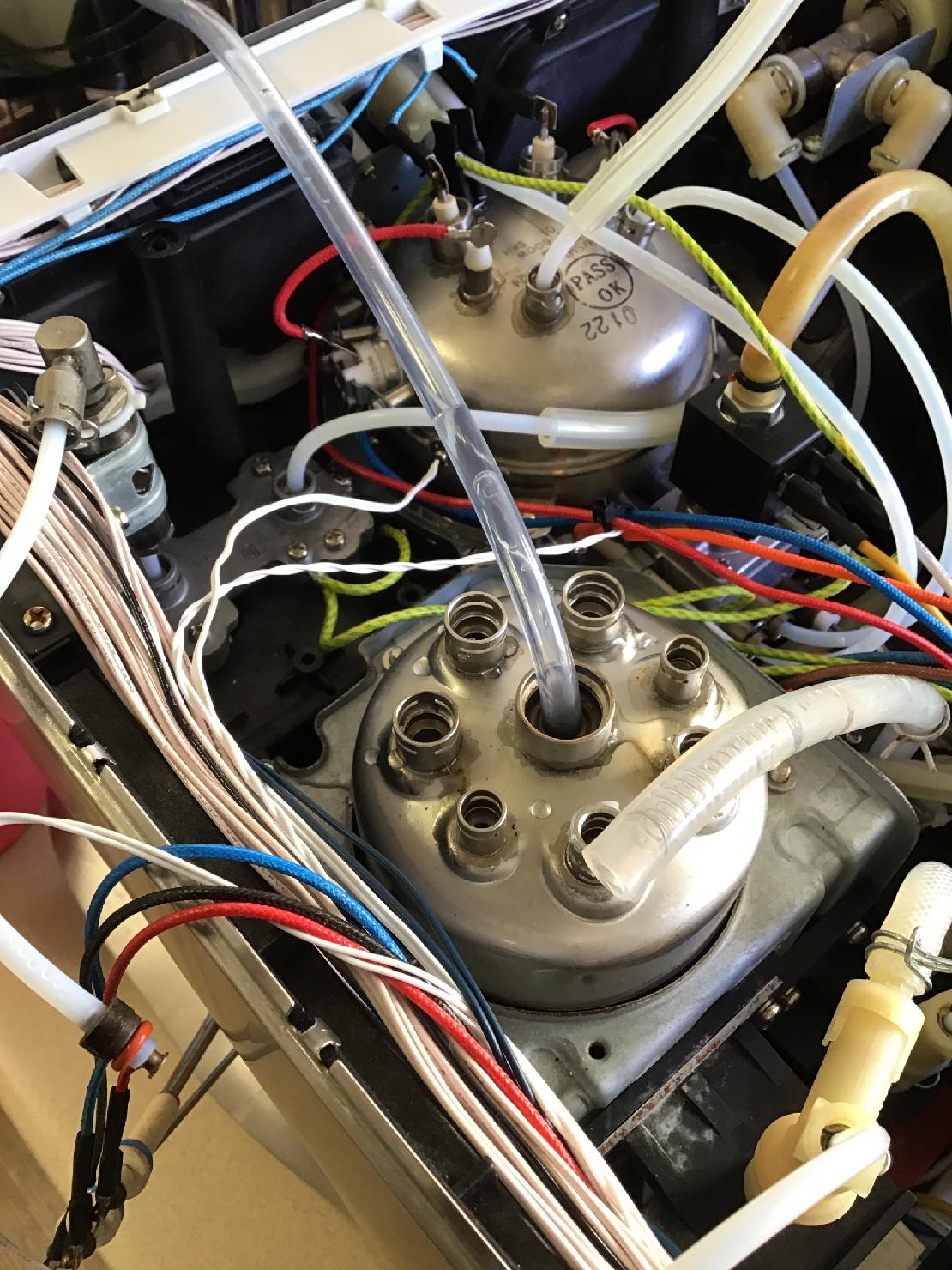 Pipe inserted into the steam boiler to siphon out liquid

I should mention that the manual says the machine should not be descaled. I think this is because there isn’t an easy way to decant the descaling liquid from the boilers without taking the machine to pieces. The newer model, the BES920, features decanting plugs at the bottom of the machine. Other than a bit of vinegar sprayed out of the steam wand, my descaling exercise seems to have gone well and everything still works perfectly.